“How can we feed our world without destroying our planet”

As the global population approaches 10 billion by 2050, the science and business of agriculture must do all it can to ensure a secure, safe, nutritious and sustainable food supply for generations to come. To accomplish this task, we, at the Center for Desert Agriculture (CDA), are committed to finding smart and efficient solutions to produce high value crops and staples that will require less water, fertilizer and pesticides; can grow on marginal lands; and have reduced greenhouse gas emissions. The CDA is also committed to empowering the next generation of Saudi Arabian citizens to be global leaders in sustainable agriculture.

Well done to all CDA master and PhD students of 2020! Congratulations on all your hard work and your well-deserved success! We wish you the best of luck on your next adventure! 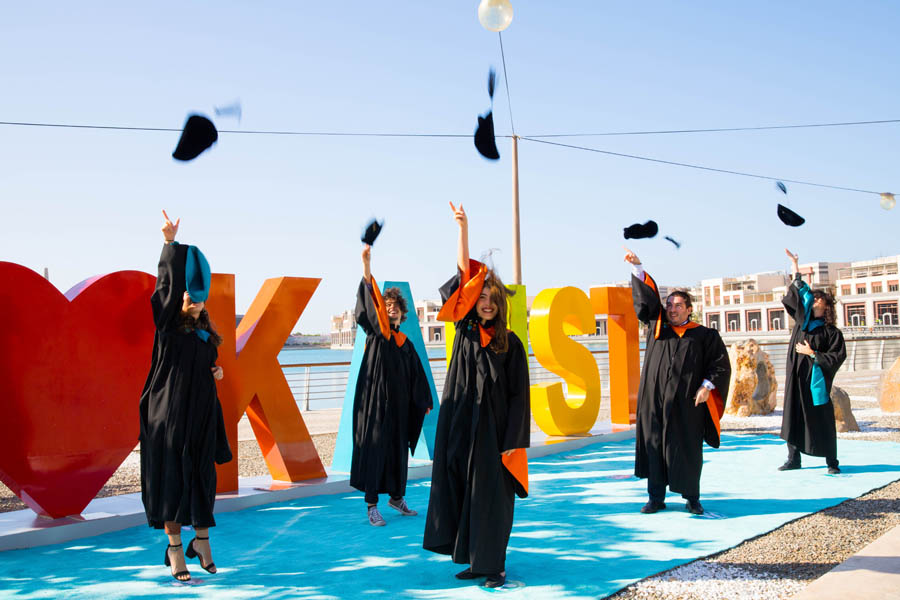 For quick COVID-19 testing, iSCAN can Carotenoids are the precursor of several metabolites with regulatory functions, which include the plant hormones abscisic acid (ABA) and strigolactones (SLs), and signaling molecules, such as β-cyclocitral. These carotenoid-derivatives originate from oxidative breakdown of double bonds in carotenoids backbone, which yields carbonyl cleavage-products designated as apocarotenoids. The cleavage reaction causing apocarotenoid formation is catalyzed frequently by Carotenoid Cleavage Dioxygenases (CCD). Several lines of evidence indicate the presence of yet unidentified apocarotenoids with regulatory or signaling function. Here, we investigated the biological functions of a novel apocarotenoid, designated as zaxinone, which is formed by the rice enzyme ZAXINONE SYNTHASE (ZAS), a member of an overlooked, widely distributed plant CCD clade. Characterization of a rice zas loss-of-function T-DNA-insertion mutant revealed lower zaxinone content in roots, retarded shoot and root growth, and reduced shoot tillering. Moreover, the investigated zas mutant contained higher amounts of SLs that exert versatile developmental functions, including shaping plant’s architecture, and are released into the rhizosphere to mediate symbiosis with beneficial arbuscular mycorrhizal (AM) fungi. However, released SLs are also recognized by seeds of detrimental root parasitic plants, such as Striga species, which abuse them as germination signal that ensures the availability of a host, e.g. rice. Confirming that the observed phenotypes are caused by lower root’s zaxinone content, application of this apocarotenoid into the medium of hydroponically grown rice seedlings rescued zas root phenotypes and down-regulated SL biosynthesis and release. Quantitative reverse transcription polymerase chain reaction (qRT-PCR) analysis of SL biosynthetic genes showed that zaxinone is a negative regulator of SL biosynthesis at transcript level. Interestingly, treatment of wild-type rice seedlings led also to a striking increase in root growth. To understand the mechanisms underlying the growth-promoting effect of zaxinone, we performed multi-omics analysis, including transcriptomic and metabolomics, of hydroponically grown rice seedlings, which demonstrated that zaxinone treatment increased root sugar content and metabolism, and enhanced the level of related transcripts. We also detected an induction of photosynthesis, which is responsible for supplying the roots with sugar. Investigation of treated roots at cellular level unraveled an increase in the apex and meristem length, and in the number of cellular layers. Hormone and transcript analysis showed that zaxinone application modulated cytokinin content and enhanced the transcript level of CYTOKININ (CK) GLUCOSYLTRANSFERASES in root tissue, which might explain the cellular changes observed. The investigation of zaxinone biology and the utilization of its application potential in agriculture is constrained by its laborious organic synthesis and low abundance in natural sources. To cope with this limitation, we decided to develop synthetic mimics of this natural compound. For this purpose, we first identified structural features required for the activity of zaxinone, by performing a structure-activity relationship study using a series of apocarotenoids. Based on the obtained results and taking advantage of studies on the development of mimics of other bioactive isoprenoid compounds, we then designed a series of easy-to-synthesize structures and evaluated their activity. This test unraveled Mimic of Zaxinone 3 and 5 (MiZax3, MiZax5) as highly efficient, among five synthesized compounds. Indeed, MiZax3 and MiZax5 were at least as active as zaxinone in rescuing root phenotypes of the zas mutant, promoting root growth in wild-type seedlings, and reducing SL biosynthesis and release. Taken together, we unraveled a novel apocarotenoid growth regulator required for normal rice growth and development and uncovered its role in determining root’s sugar metabolism and cellular structure, and regulating the level of the plant hormones SLs and cytokinins. These activities point to a function of zaxinone in biotic interactions with AM fungi and root parasitic weeds, and indicate a large application potential in agriculture. Our work also provides easy-to-synthesize mimics for illuminating zaxinone biology and as a tool to improve crop growth and reduce the infestation by the root parasitic plant Striga hermonthica, which attacks rice and other cereals and is considered as one of the most severe threats to global food security.

Jian You (Eric) Wang joined KAUST in 2017 after receiving his bachelor's and master's degrees in pharmacy from China Medical University in Taiwan, in 2013 and 2015, respectively. Since the end of 2019, Eric has been a Ph.D. candidate in the Center for Desert Agriculture’s Bioactives Lab under the supervision of Prof. Salim Al-Babili. His current Ph.D. work in KAUST focuses on investigating the biological effect of zaxinone, a carotenoid-derived metabolite that acts as a key growth regulator in plants, through the use of analytical chemistry, phenotyping, and multi-omics approaches. 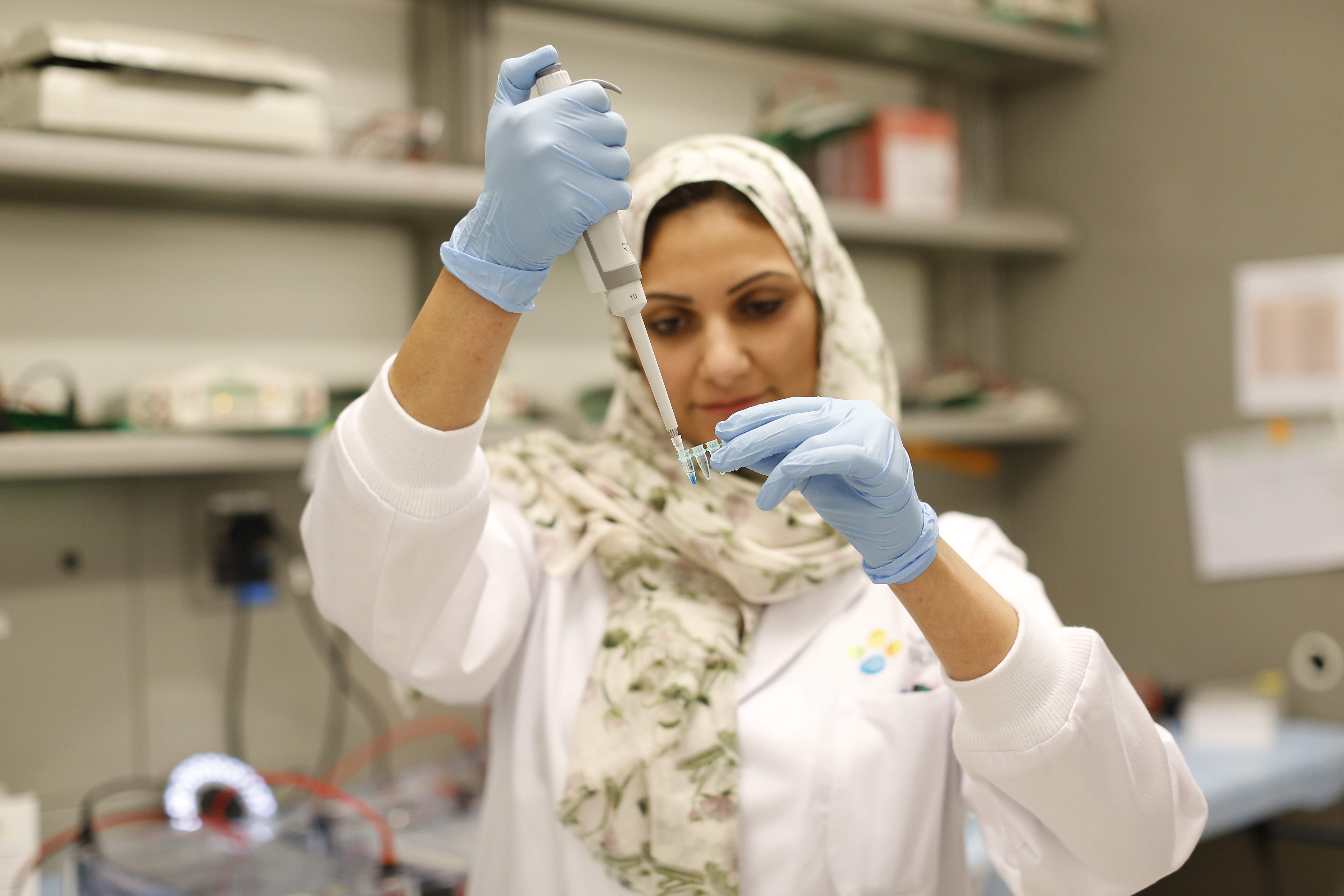 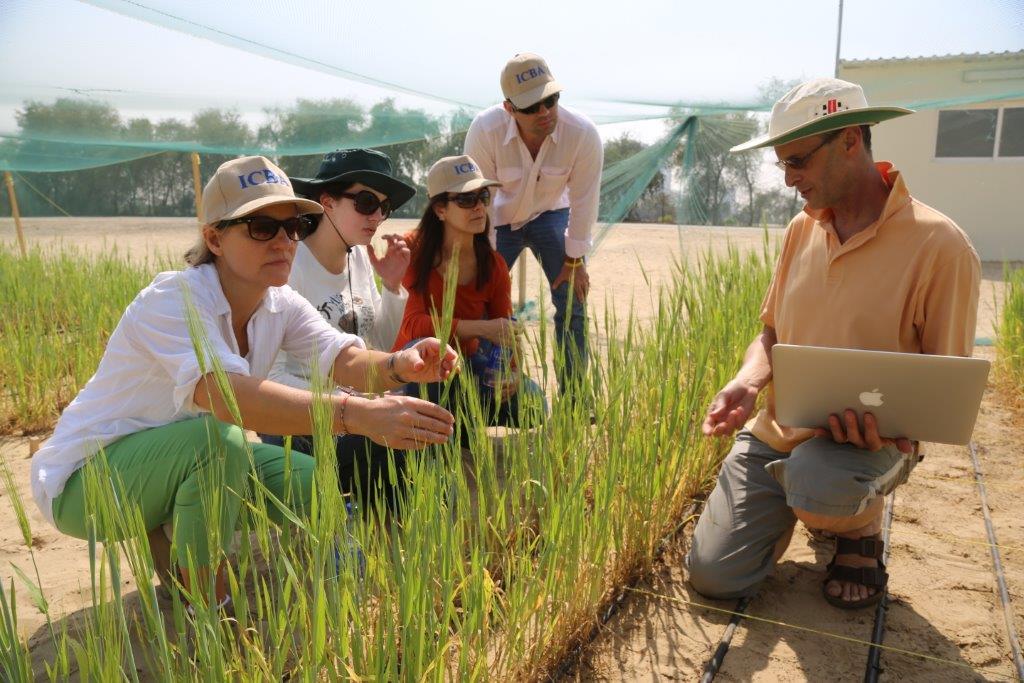 A combat strategy for purple witchweed from KAUST Video on Vimeo.

Regulator of plant immunity tagged from KAUST Video on Vimeo.

How can we solve world hunger with rice