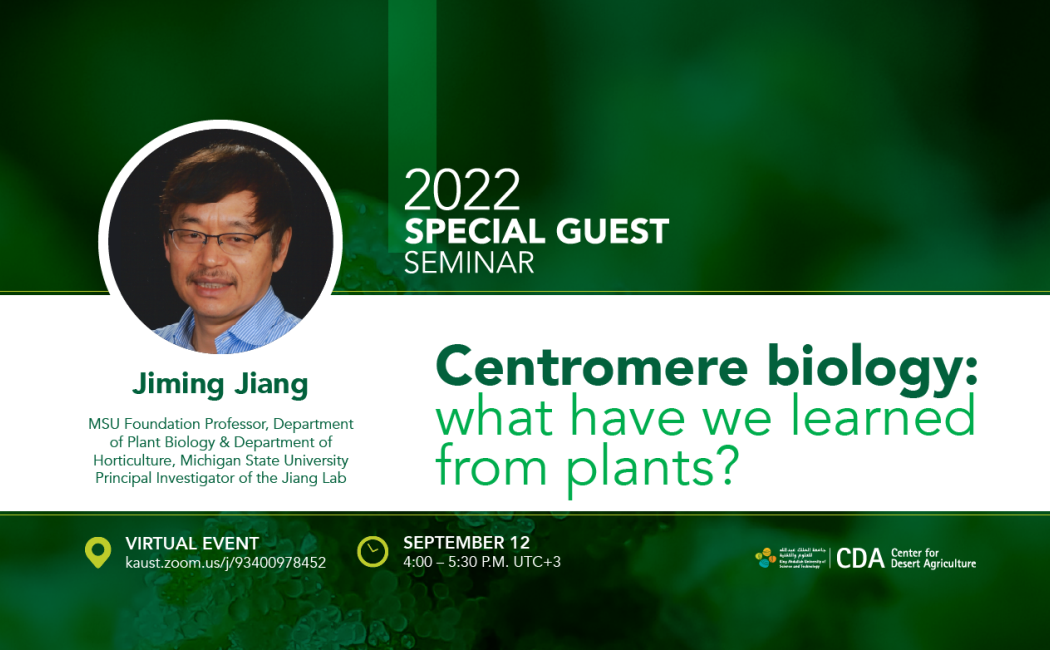 Centromere biology: what have we learned from plants? - by Prof. Jiming Jiang

Principal Investigator of the Jiang Lab

– Hosted by Professor Rod A. Wing

Join us on Zoom.

The functional role of the centromere as the chromosomal attachment site for spindle fibers was recognized more than a century ago. However, up to the middle 1990s, scientists did not know the DNA sequences or chromatin structure of centromeres in higher eukaryotes. In 1996, plant scientists discovered several repetitive DNA elements that are conserved in the centromeres of distantly related plant species, which opened the door for plant centromere research. Centromeric chromatin is specified by the presence of a special histone H3 variant, CenH3. The establishment and maintenance of centromeres is not defined by the underlying DNA sequences. A centromere can be inactivated by losing its CenH3, activated in a non-centromeric region, or re-activated from a previously inactivated centromere by gaining CenH3. Several plant species have provided excellent models to dissect the genetic and epigenetic changes that may play a role in centromere function and evolution.